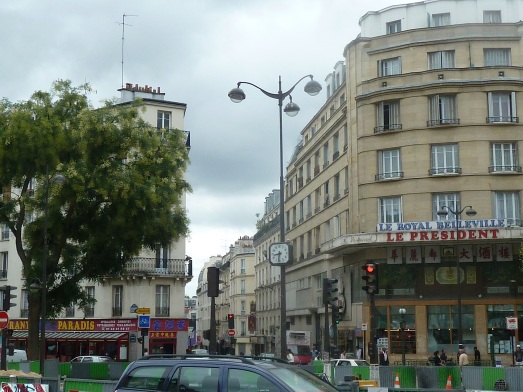 This is the sixth post in a series on the French-themed trip I took this summer.  In this post, I’m exploring Belleville, one of the arrondissements most tourists do not visit.  In case you missed them, read my earlier posts on how I became such a Francophile, come along on a Parisian food tour inspired by David Lebovitz, see me try out his recipe for pain d’épices au chocolat, read my homage to lovely Montmartre, and see the Space Invaders in Paris.  I also meander to the French island colony in the Indian Ocean, Réunion, where I try French-influenced Indian cuisine.

Belleville, in Paris’s 20th arrondissement, is a fascinating multicultural neighborhood.  I was interested in exploring this untouristy arrondissement because I had learned that it is the newer of two Chinatowns in Paris.  Belleville is settled largely by Mandarin speaking Chinese immigrants from the city of Wenzhou, in China’s Zhejiang Province.  Wenzhou has an interesting history and local culture as a somewhat geographically isolated part of China.  Wenzhou is also known for its emigrants who leave their native land for Europe and the United States, with a reputation for being entrepreneurs who start restaurants, retail and wholesale businesses in their adopted countries. In fact, the biggest Chinese community in Europe, in Milan, is mainly formed by families who emigrated from this district over the last 100 years.

Besides Wenzhounese/Chinese shops and restaurants, Belleville has influences from multiple other cultures.  We saw Egyptian, Turkish and Moroccan shops interspersed among the Chinese businesses.  This eclectic neighborhood is also a magnet for artists.  The otherwise drab walls have been brightened with a colorful variety of street art, both on side streets and centered along Rue Dénoyez. 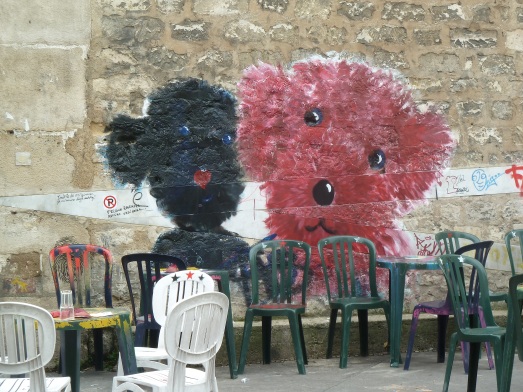 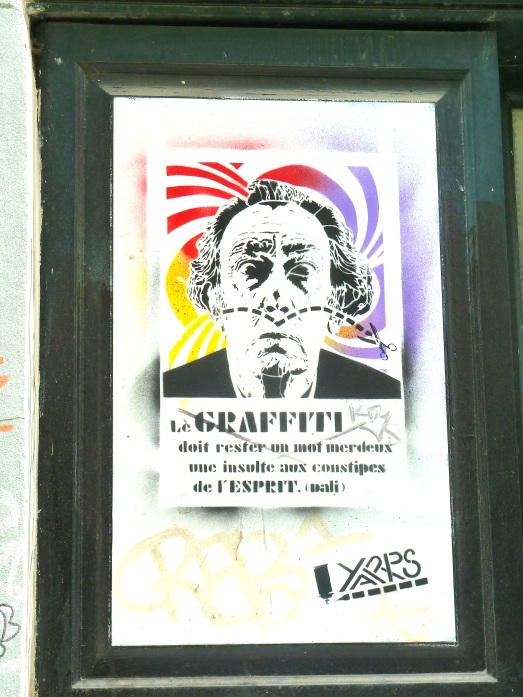