Have you ever travelled halfway around the world to find a place that reminds you of home? The seaside town of Essaouira, on Morocco’s west coast, reminded me somehow of San Francisco.  Take away the ancient ruins and the camel in the photo above, and you might just be on Ocean Beach.  The weather is similar too– windy enough to be a windsurfing capital of the world, and cool while the rest of Morocco is a dry sauna.

Essaouira’s ancient stone ramparts might also remind you of another place, if you are a Game of Thrones fan.  My husband and I had never watched a single episode of Game of Thrones (we don’t have cable), but when I was Googling images in anticipation of our trip, the top photo below came up as a top-searched term for “Essaouira.”  So of course, when we visited and came upon the ramparts, we had to recreate the scene, whatever it was about.  And coincidentally, I happened to be wearing a long blue dress.  My husband just had to throw on the djellaba he had bought the day before in a local market to blend in. 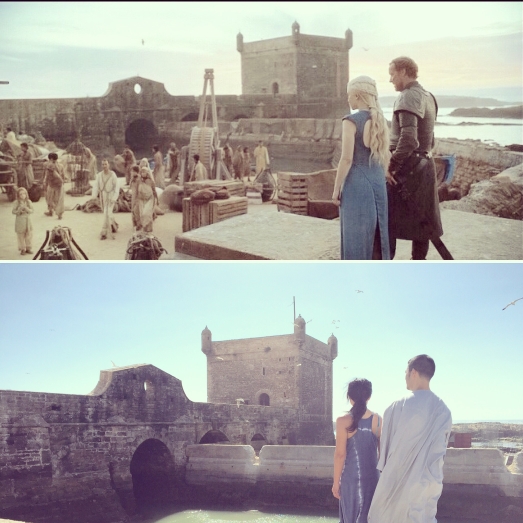 There’s not actually much sightseeing to do in Essaouira, also known by its older name of Mogador, and that is part of its charm.  You can pretty much stroll the old medina in less than an hour, but we spent a few days taking in the charm, chatting with cafe owners, imagining the past.  It’s not hard to do so when so much tradition lives on. 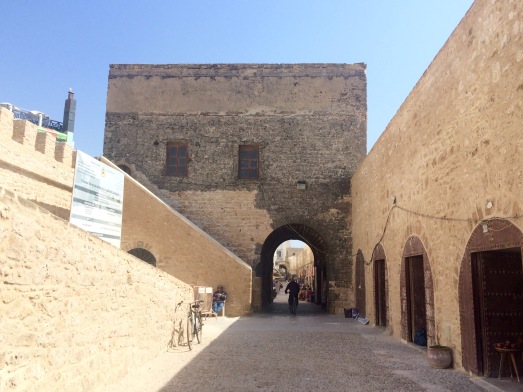 Essaouira’s main industry is not actually tourism, though there are a fair number of tourists, primarily from France and Spain.  It’s a fishing port, and an evening walk through the fish market revealed an incredible variety of sea creatures big and small.  Morocco is the world’s largest supplier of sardines, and the best way we enjoyed them in Essaouira was grilled with nothing but salt and lemon juice as seasoning.

If I am lucky enough to return to Morocco some day, I plan to return to Essaouira.  It’s an easy (and inexpensive, about $11 USD) luxury coach ride from Marrakesh on Supratours.  Next time I visit, I’d schedule it around the Gnaoua Music Festival, which is held in late June every year.  For those of you who are not familiar, as I wasn’t, Gnaoua is the music of the West African people of the same name, whose drums and other instruments play songs  derived from pre-Islamic African traditions, influenced by Sufism. It’s a type of trance music which is used in the practice of ritual possession. The festival, which brings in reggae musicians as well, is known as the “African Woodstock.”  We sadly just missed the festival this time, but we were lucky to catch an impromptu performance in the Place Jemaa el Fna in Marrakesh. 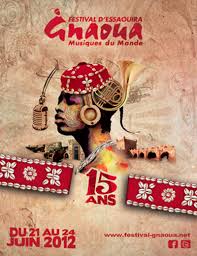 Shokran and merci for coming by! Hope you’re enjoying these Morocco posts as much as I’m enjoying my memories of my visit.  See previous posts in this series by clicking the tag “Morocco” and stay tuned for more!